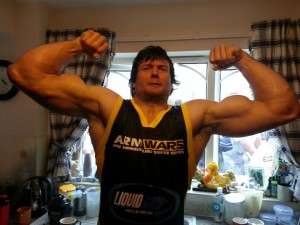 Devon Larratt is one of the best arm wrestlers in the world. Born on April 24th 1975, weighing 245 pounds and measuring 6’6 in height, Larrat, who is originally from Ottawa, has won various arm wrestling titles in the past including the national champ award which he won 5 times, 4 bronze worlds and the Master of the Universe Award.

He is an incredibly strong man. He is admired for his competency in arm wrestling sport by aspiring arm wrestlers and his fans. Devon Larrat has a successful record of beating men from various areas in arm wrestling. What helps him excel in the sport are certain arm wrestling techniques and his overall strength and fitness.

What Is Rising Strength?

How To Get Started On Building Your Rising Strength?