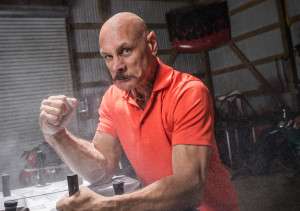 The arm wrestling sport is one of the most sought out sport by the aggressive and adventurous. While many take part in numerous arm wrestling competitions, only a few have made themselves a big name. One such name is Allen Fisher.

Allen was born in Los Angeles and started his arm wrestling career in 1979 with a very small tournament. From there on, Allen started developing his arm wrestling skills and worked up his way to the international World Championships held in the same year. He was encouraged to arm wrestle by Ernie Jeffery because he of his arm and hands. Ernie believed if Allen could further develop his hand and arms, he could easily crown himself as the world champion. Throughout the beginning of his career, Ernie helped Allen learn new techniques to fight in international championships.

In the year 1982, Allen met Carolyn Snow. Carolyn was born in Canada and came into the arm wrestling profession without warning. She first arm wrestled in her hometown and then gradually moved to national competitions. Later on Allen and Carolyn fell in love. Allen helped Carolyn develop new skills which she used to won further competitions. They both used to talk on phone and letters to keep their relationship going on.

One thought on “Allen Fisher”